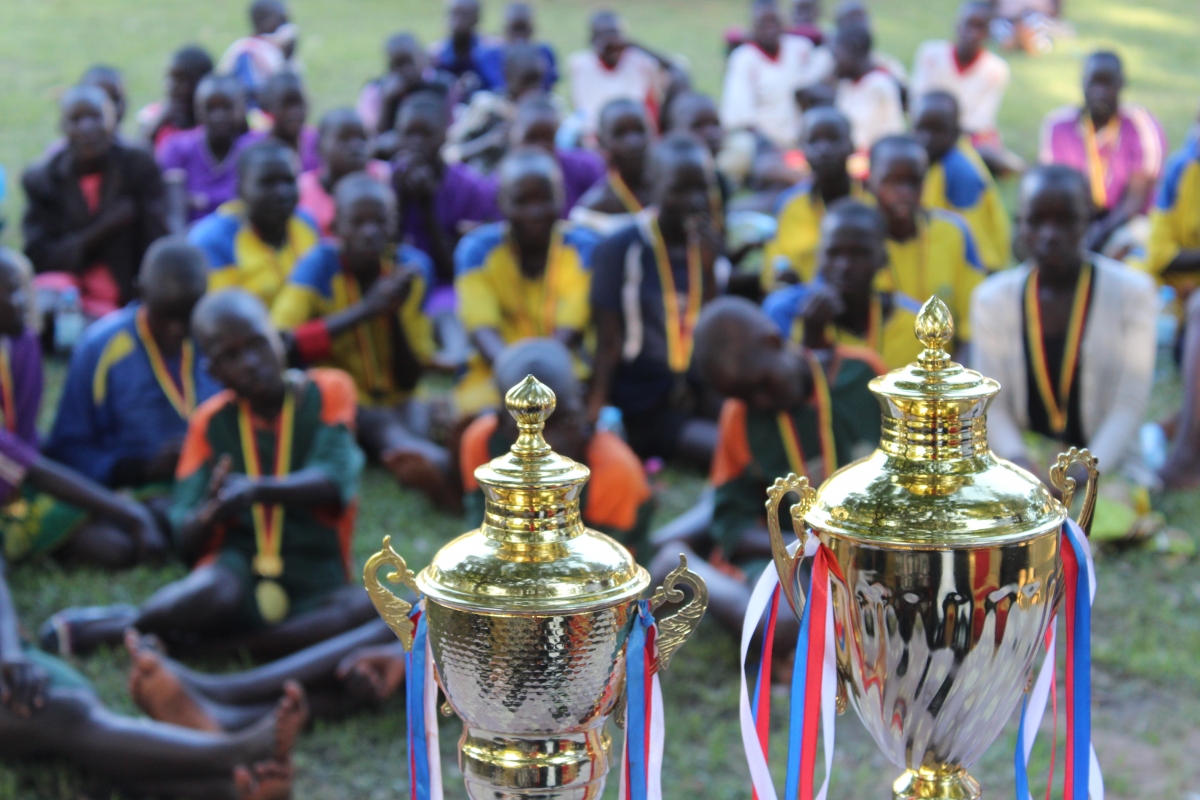 Scenes of children singing passionately and loudly with the punctuation of a beautiful sound made by a band graced with excitement the usually quiet afternoon at the District Headquarters on September 3rd.

Our team of Under 12 girls won a trophy and 16 gold medals in the national champions Football tournament after emerging as the best. Their coach, Mawadri Charles Delson, was thus awarded as the Best Male Coach 2019.

Our team of Under 16 girls also came second out of 114 others thereby winning 16 silver medals while our teams of Under 14 for both boys and girls came third with each participant being awarded bronze medals.

The District Education Officer, Dima Robert, commended the teams observing that the department is moving in the footprints of the health department which has in the past few years always emerged as the best adding that this performance complements that of two teachers who were also earlier that week awarded for being among the top 50 best teachers this year nationwide. He urged the CAO to award both categories for the noble work they had done.

The Deputy CAO, Mukula Max Martin, on his part urged the pupils to emulate the same performance in their academics. He, however, added that, now that talent is visible in the teams, his office would work tirelessly to see that this talent is correctly and accurately nurtured.

The Secretary for Health, Raleo Rose, a former netballer who represented the LC5, thanked the coaches of the teams and asked God to reward them with more life.