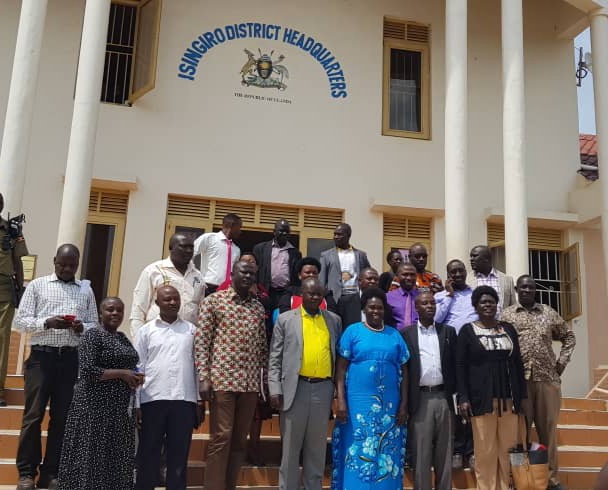 The 3rd of July started as a normal day for a select team of leaders and technical staff who were excited about a one-day study tour to Isingiro District Local Government until 13 hours later after they had only covered three-quarters of their journey but were too tired to continue. A joint resolution was then made to stop in the beautiful city of Mbarara and proceed with the journey early the next day.

The impatience was, however, visible the next day, many members woke up so early to ensure that the team arrives on time so as to give their Isingiro counterparts the right first impression. Little did they know that the Leader of Opposition would be on that list too. Hon. Betty Aol Achan, visiting Isingiro District Local Government to monitor and evaluate the progress of refugee programs. But they were lucky as the coincidence of her visit with theirs proved as a blessing. She appeared like a savior who had come at the right time.

In her brief interaction with the representative team, the District Chairman – Adjumani, Leku James Pili, in his remarks tasked her to advocate for a policy that ensures that councilors’ salaries are raised and that of all technical officers are harmonized.

In her response, the leader argued that she had already moved such a motion on the floor of parliament but she had been told that there was no money to address the disparities. She, however, added that she now has plans to advocate for an independent body that would sit and discuss the best ways to harmonize the differences.

After her departure, the select team was then taken to Sisters of Our Lady of Good Counsel Farm which specializes in Matooke and Daily Milk production. While at the farm, the sisters oriented the team on the best practices on Matooke production right from planting to harvesting. And also guided them to tour the dairy cattle before they were taken to see some of the products made out of the milk produced by the cattle. One such product was; yogurt made under the brand name Muhabuzi Milk Products. The team was also taught how to make feeds for the cattle out of grinding maize plantations. These are ground by a machine before water is added to the mixture. During the dry season, the mixture is wrapped in polythene before storing it in the ground.

In his closing remarks, the Vice-chairman, Anyanzo John Ambayo said he was inspired but also surprised at the same time to note that a religious institution was the one undertaking such noble work before adding that the practices learned would be passed on to the religious institution back in Adjumani.