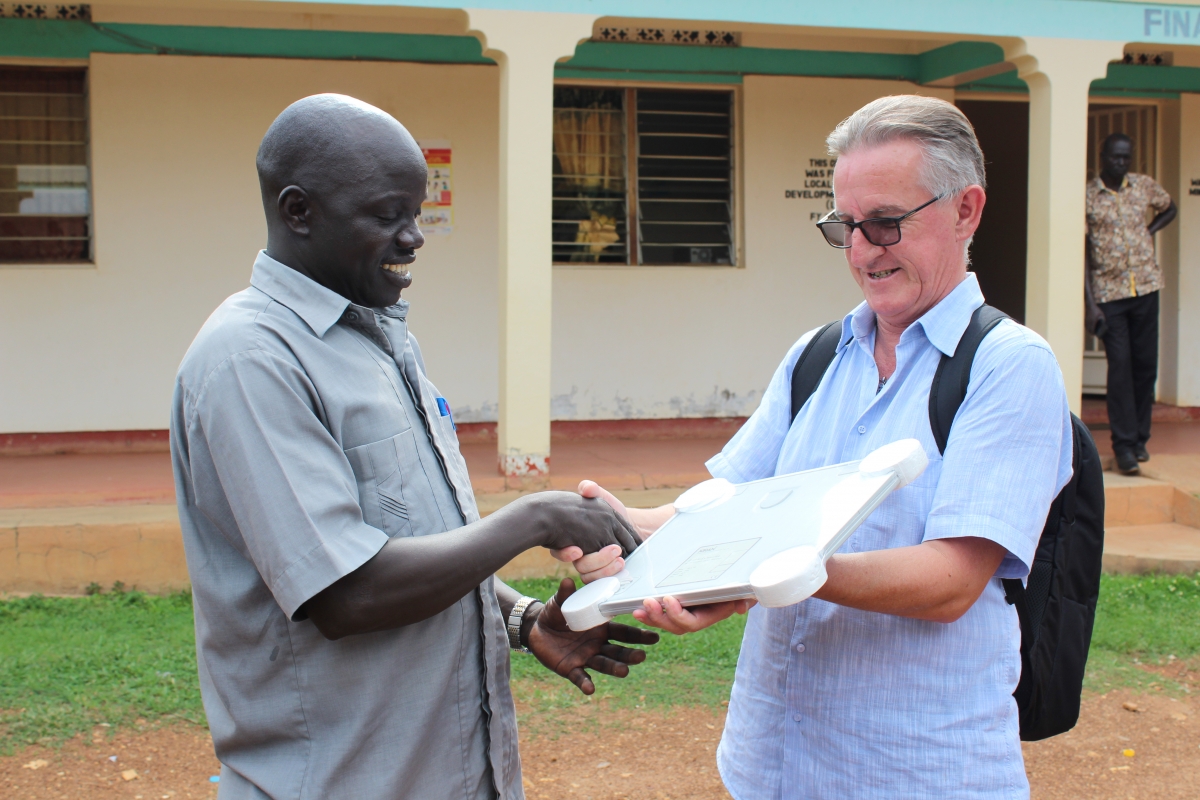 After braving up to six years of operating without an x-ray machine, patients in Adjumani hospital on 7th August had a reason to smile after the acquisition of the X-ray bucky stand by Danish refugee council (DRC), a component of the x-ray machine that was missing and had rendered the main x-ray redundant.
Adjumani hospital has three x-ray machines but all were not functioning due to the absence of x-ray bucky stand and poor atomic energy safety requirements of the structure.

While delivering the precious missing piece to district officials at the District Council Boardroom, the Country Representative, Danish Refugee Council, Christopher Jean Saint-Esteban, appreciated the generosity of the people for accepting to host refugees and also promised to deliver the best services to both refugees and host communities amidst the challenges of reduced

The Adjumani District Deputy Chief Administrative Officer, Martin Mukula Max, commended DRC for being responsive, reliable and for delivering the component that had been missing for years.

“This project was given to the Danish Refugee Council four years ago and a disjointed decision-making module was used and it was imposed on DRC to procure the x-ray machine because at that time, it was believed that DRC had the best structures among the implementing partners and somehow a fox got over the wall and the process was mixed up, that is why it took us up to this time and nobody is to blame” The Deputy Refugee Desk Officer- Adjumani, Pascal Ajusi.

The Secretary For Health, Rose Raleo, observed that the hospital being a referral receives many patients including both refugees and host communities who come to the facility with the hope of being helped but would be miserably re-referred to private clinics where the service is expensive.

The acquiring of the spare part comes in handy as a majority of patients in Adjumani, have to part with between shs 30,000 to 40,000 before accessing x-ray services from a private facility ranges, a cost that is relatively high to afford.

Meanwhile, Dr. Michael Ambaku, the acting Medical Superintendent of the Hospital has revealed that negotiations between the district and different partners are ongoing to upgrade the radiology unit and install a state of the art digital x-ray machine.

Dr. Ambaku is however worried that the Hospital still needs a transformer or a suitable generator for the machine to be able to function properly as required, to serve 700 people per day.